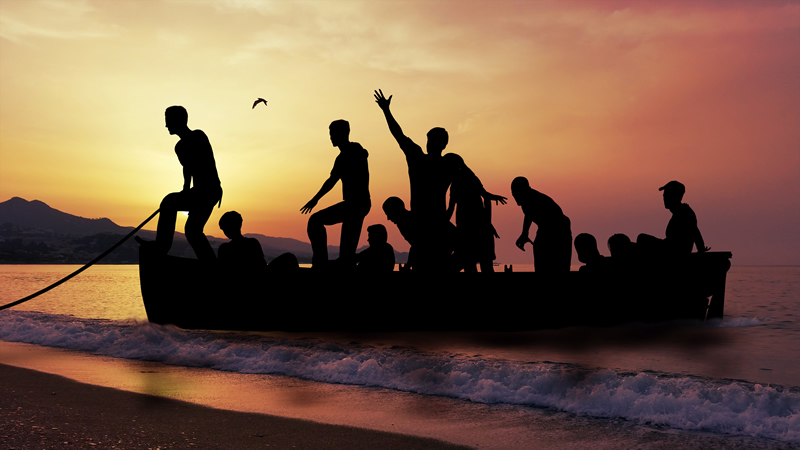 Interestingly immigration crisis in Europe initiated in 2015. It was when the number of refugees and immigrants increased drastically. These were the refugees who were able to make their way to Europe for shelter. Refuges who entered Europe are mainly from western Asia, South Asia, Western Balkans, and Africa. Facts state that the top three nationalities to migrate from around the world is Syria as number one followed by Afghanistan and then Iraq.

It has been observed that 58% of the refugees in Europe are adult males. The term immigration crisis in Europe was first used in the second trimester of April 2015. It was the time when five boats with approximately 2000 people sank in the Mediterranean Sea. This resulted in havoc in which the death toll was seen to be 1200 people. During the first six months of 2015, Greece was the country that accommodated the most number of immigrants in the whole European union. Later months of 2015 experienced a migration of refugees from Greece to other countries of Europe which mainly included Germany.

Coping up with the crisis:

European Union since April 2015, is struggling for coping up with this immigration crisis. The first step taken to get rid of the immigrant crisis is increasing the funding of border patrol operations in the Mediterranean sea. These operations are followed by forming plans for migrant smuggling and the proposition of a new quota for refugee settlement and relocation. Operation Sophia has been launched by European Union in order to cope up with the immigrant crisis in Europe.

Stats suggest that only in 2014, European union member states received a large number of asylum applications. A total of 626,000 immigrants applied for asylum in the EU in 2014. This is the highest number of applications ever received after 1992. European Union has been able to grant protected status to as large as 185,000 asylum seekers. However, this is not the end because, in 2015, 1,221,855 asylum seekers applied in European Union. The figure has doubled only in a single year. Almost two-thirds of all these applications were based on four specific states. These states include Germany, France, Sweden, and Italy. It has also been claimed that among the top recipients of European Union asylum applications per capita is Sweden which is followed by Hungary and then Austria.

19th April 2015 was the Day when migrant shipwreck took place. The European Union reacted to it immediately and on 20th April 2015, it proposed a ten-point plan to tackle this immigrant crisis. The proposal plan was based on increasing border patrolling, deploying teams for assessing asylum applications, designing mechanisms for emergency relocation of immigrants, and ensuring the fingerprinting of all immigrants. No EU has officially announced to provide funds of 3 billion Euros to Turkey to accommodate a large number of refugees from Syria.